Yogyakarta is a unique region as known from its local culture, their humility and togetherness.

Things that represent Novi Soesanto, The General Manager of Novotel Yogyakarta, feel comfortable to stay there for 7 seven years.

Novotel Hotel has its first establishment already in Sudirman Street. He said it was impossible to have the same concept at one location. As the discussion with the head office, stakeholders and owners, they decided to develop Novotel Suites at Malioboro Street as the best choice concept.  Novotel and Novotel Suites are still essentially the same. Novotel brings The Modern Easy Living concept. The reasons why the guest who enters Novotel Suites will feel comfort and they shouldn’t need to go anywhere else.  Inside their rooms you will see a spacious room with as little as 34 square meters, completed with a simple kitchenette and a microwave. As a four-starred Hotel, they have 55″ screen flat TV, which is above the standard. They do believe that guest’s comments are more important than their GOP (Gross Operating Profit). The philosophical things that’s why they are usually concerned with their customer experience. Besides Gudeg, there are some signature dishes which are unexplored. One of them is Sayur Klenyer, a signature dish that was favored by Sultan Hamengku Buwono IX. Sayur Klenyer is originally made from vegetable ingredients. Furthermore they modified it with beef. That’s why they are called Beef Klenyer as a signature dish at Novotel Suites. Another one is “Gecok Kambing” as known as “Gecok”; the traditional beverage that originally comes from mountainous Salatiga. The people there make Gecok by 25 herbs and roots combinations that can make them feel warmer. Ari Yusuf as an Executive Chef said that they combine Gecok with Lamb so that’s why they call “Gecok Kambing” as their signature dish. Their kitchen have four pillars philosophical of Food Exchange that signifying the culinary worldwide cross. Their kitchen is not too big and not too small, but they have a complete range of equipment. The chef can cook time Western or Asian cuisine for the same by merely crossing the kitchen aisle. They don’t need to separate kitchens for Asian or Western kitchens; everything is fitted here. The kitchen setup can accommodate, and it can certainly handle any size of event with this setup. By means of the Nayati Kitchen Equipment, they have a professional kitchen that supports their work as a four-starred hotel in Yogyakarta. And after-sales support from Restomart is helpful as well by The Technician who will visit and guarantee 24 hours after the breakdown report. And once they visit, the technician will solve the situation. 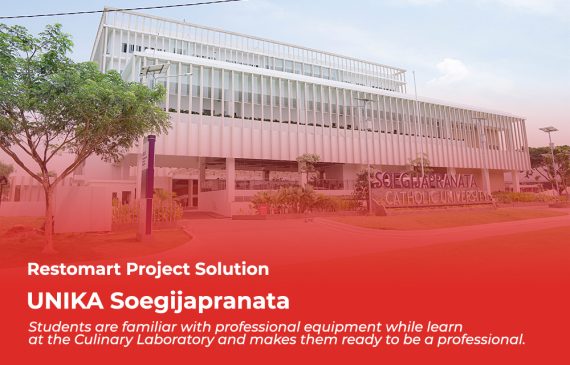