Recently, Nayati with Restomart was trusted by ACT (Aksi Cepat Tanggap) Indonesia to realize their new breakthrough entitled “Humanity Food Bus” and was just launched on June 23, 2021. This Humanity Food Bus is a solution for ACT as a humanitarian institution that cares for victims of natural disasters. Sometimes it takes difficult for its distribution process. Then food production due to the location of disasters in several regions in Indonesia will face an unconducive situation.

Food Bus Concept and its kitchen equipment were entrusted to Nayati and Restomart to realize a complete arrangement of kitchen equipment so that all units can enter the Bus with sufficient area for access for Chefs. Then for Bus concept, ACT cooperates with Laksana Karoseri and has gone through a trial process for several aspects such as the mechanical operation of the bus and of course cooking activities.

Chef Joni Kusuma Hadi who is the PIC of the Humanity Food Bus said that this Food Bus is a form of refinement of several units that have been implemented. Previously, a total of 5 Food Truck Units also used kitchen equipment from Nayati and Restomart. He also said that a Food Bus with a concept like this could be the first in the world. The reason is that some existing Food Buses are usually only equipped with certain equipment and only process certain foods. However, in this Food Bus concept, the Food Preparation Process, cooking, and serving can all be done on a bus. We can see Fry Pan, Fry Top, High-Pressure Stove, and equip with other kitchen support units such as storage racks, sinks, and air exhausts. So it’s like turning a bus that used to function as a means of transportation into a means of producing food with a portion of thousands and can move flexibly and very close to the disaster site. So that way the survivor will be calm because at least the fear of famine has been overcome.

He also said that he was very satisfied with the concept and quality of the Nayati unit and Restomart starting from the installation process and also the maintenance so that it really supports the activities that will be carried out by ACT Indonesia in the future. He wished that the cooperation that has been established can continue to run well and can also create other innovations in the future. It would be the inspiration and solution for humanitarian, especially natural disasters victims, and for the region that has many famine cases. 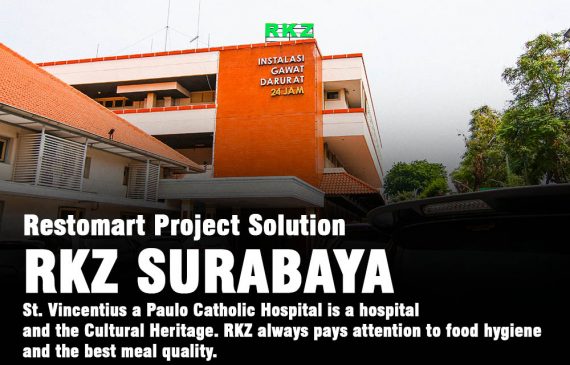 RKZ Surabaya (St. Vincentius a Paulo Catholic Hospital) was established in 1925. But they have Space K & Prego Restaurant is a restaurant in Surabaya that was established in 2019.

The latest entry of Lacimbali's fully automatic range is finally here. Lacimbali S15 is the perfect

Yogyakarta is a unique region as known from its local culture, their humility and togetherness. Tentrem Hotel is placed at 123 Gajahmada street, Semarang and located at the most strategic